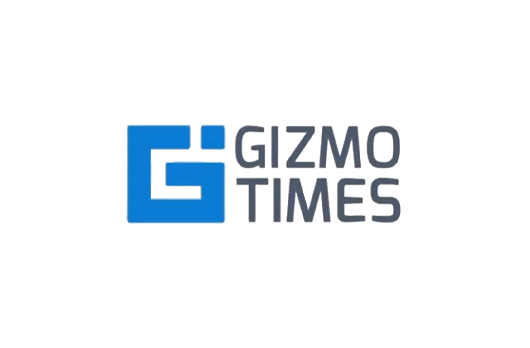 CASHe is an app that gives loans to professionals, and this isn’t the traditional way of doing it. Open the app, link your social media, fill some documentation and you get the loan to your bank account. That’s how it doesn’t actually work with any bank and that concept is what made the app popular within just a year of its launch, and CASHe as a result of which was able to disburse loans worth Rs.1.5 -2 crores worth loan disbursed daily and 700 – 1000 applications processed daily. The app is available both on Android as well as on iOS.

The founder of the company, V Raman Kumar, is not a new name in the industry, both in the Eastern and Western parts of the world, as he earlier ran CBay Systems, a medical transcription BPO company that went to get sold to One Equity for $1.1 billion. Keeping himself connected and at par with the technological advancements around, Raman studied a company called Wonga in the U.K., and this digital loan disbursements company made him wonder how well does the concept of collateral free credit is becoming popular and easier for individuals to get it.

Keeping it top-edged in India

Understanding that in India, it is hard to get loans under the current banking system, Raman came up with CASHe. It still is a unique app that calculates your score based on not just the credit scores given by the banks, but also by the genuineness seen on your social profiles.

But the biggest selling point here is that there is no actual documentation needed separately and in the age of digital, this app is actually digital and it works.

How the app works digitally is by taking advantage of Big data, artificial intelligence, and machine learning to process the documentation and even learn how much loan can be disbursed to a particular person who is applying for it.

While announcing the platform to his closed ones at a private session, Raman mentions “What Blockchain right now is what Internet used to be back in 1980’s and 90’s, when people didn’t know what exactly it was but you see how essential it has become now”.

CASHe on a Distributed Ledger Platform

Using the smart contract based distributed ledger technology and smart tokens, the app now has entered the latest technology that ensures a higher level of transparency, speed, security, and reliability.

Using the smart contract based distributed ledger technology and smart tokens, the app now has entered the latest technology that ensures a higher level of transparency, speed, security, and reliability.

This new Blockchain based technology automatically stores all the transactions on secured and interconnected blocks, making them much more secure, and always-synced making it a much better way of lending and storing the information of events taken place in the process, and it eliminates the need of any paper work, even on the backend.

The use of these digital tokens that are passed to the loan requester are passed from customer to customer and they finally are converted back to the regular currency before reaching back to the bank from where they were taken. It also eliminates a separate accounting in the form of a digital wallet that most of the current loan companies have on themselves, and the smart contracts takes away the need for personal visit and documentation that is done conventionally.

While this new technology and platform helps in a faster transaction of the borrowed amount between the different customers, the other advantage of having a Distributed Ledger tech is that it can function as a shared infrastructure among different external stakeholders, which includes regulators, credit bureaus and potentially other parties interested in participating in the distributed infrastructure in future.

The pictorial guide here is to make it easy for you to understand how the new system of Digital Tokenization and easy transfer of the tokens among friends can be done, and this in the end helps in faster, secure, and transparent transactions that are trackable but cannot be tampered in any case.

Upon receiving the digital CASHe tokens, the user has two options.

1. Monetize the digital tokens by transferring it to his bank account – This happens almost immediately

2. Transfer the digital tokens to another CASHe customer or even a non CASHe customer who can, at their end, monetize the tokens with their respective banks

How does this solve any problems of the users in the end? I asked Unni Nambiar, Director, Technology at CASHe, and he was swift to say “We were looking for a fast and tamper-proof solution that makes it easy for both of us, CASHe as the lender and the community of borrowers, our customers to transact, and using blockchain with smart contract digital tokens allowed us to do exactly that.”.

Unni also says that “We are conscious that we are taking an early mover advantage here, and along with it comes the risks of doing that, hence future proofing our solution and having a game plan to tackle the challenges that come with it, are what makes this a bold and exciting move for us.”.

Does this change the way transactions are done by the current CASHe users?

No, it is the backend side that changes quite a lot, but the only change that the users will see is that they will be given the CASHe digital tokens instead of the cash directly, and once that token is credited to the borrower’s account, they can now share these with friends around, unlike how they saw it directly getting credited to the bank, which also can be done right away if needed.

Speaking during the launch at the Global Entrepreneurship Summit, chairman of Aeries Financial Technology, Mr. V. Raman Kumar said, We have created a disruptive and transformative blockchain based technology which will revolutionise our digital lending business by providing a compelling value to our customers. CASHe is uniquely positioned to offer its customers the ability to borrow, transfer and repay money by using the Smart Contract Enabled Tokens in a completely secure, safe and auditable way. This also makes CASHe India’s first full service lending company that has successfully harnessed three big emerging technologies – Big Data, AI and Blockchain. We expect this technology to enable our lending application to grow virally in the coming months, he added.

In a demo that was shown to us, it was noticeable that the company uses an Ethereum based platform to do the Blockchain transactions, but Unni Nambiar mentioned that they are studying other platforms as well, though Ethereum is doing perfectly fine with quick transactions that are traceable through the Hash ID and secured through the Block Hash, which is all the beauty of Blockchain technology.