The Future of Modern Lending 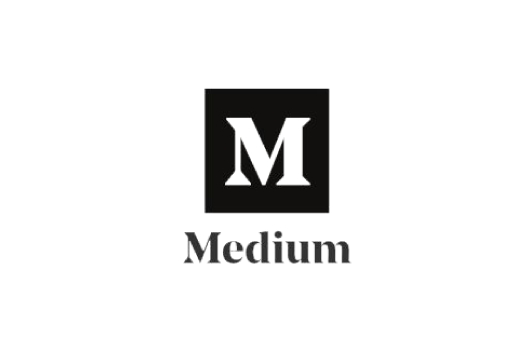 A lot is written these days about Distributed Ledgers, Blockchains, Cryptocurrencies and Smart Contract based Tokens. Most are informative and explain the underlying value proposition of these technologies. Many others tend to be starry eyed regurgitations that at best, throw light on the transformative potential of these technologies, and at worst, add to the already spiraling hype cycle.

As a result, Blockchain and Cryptocurrency have become conjoined twins that need to be surgically separated in the minds of the public. Similarly, Blockchains and Distributed Ledgers have also become conjoined to the point that many people use them interchangeably. And lastly, Cryptocurrency and Smart Contract based Tokens have been co-mingled into a hype soup that would make Gartner proud.

The reality however, is simpler, while still profound. It is articulated well in a study by the Cambridge Centre for Alternative Finance, in which the distinctions between these technologies are made clearly and succinctly.

Blockchain is a specific type of Distributed Ledger that uses cryptography to create block hashes that also embed the hash of the previous block, thereby elegantly creating a backward pointing chain of blocks all the way to the first genesis block. Distributed Ledgers could just as well be implemented (and in fact are) using “blockless” technologies, e.g. DAGs (Directed Acyclic Graphs), as in the case of IOTA’s Tangle, or the recently announced Hashgraph.

Cryptocurrencies are simply an artifact created as an incentive mechanism to drive decentralized networks. By making the artifact an asset that can be exchanged for traditional fiat currency, the decentralized nodes now have an economic incentive to run the nodes. Thus, achieving the goal of decentralization and eliminating the need for a central controlling authority. This is, nevertheless, a profound innovation in the field of Cryptoeconomics.

And finally, Smart Contract based Tokens which are different from Cryptocurrencies, in that, while the latter is the intrinsic token driving the incentive that in turn drives decentralization of nodes, the former is just a new artifact created using Smart Contracts that can be used to represent any real or virtual object (including to add confusion, an extrinsic cryptocurrency that is not part of the intrinsic incentive scheme mentioned earlier).

The important point to realize here is that, these are all separate innovations in and of themselves, each having their own separate existence and value propositions.

But by bringing these disparate concepts together, as in the case of Blockchain and Cryptocurrency, an entirely new class of global currencies that are both anarchic and empowering in a transformative way (as they are not controlled by any jurisdiction) has come into being. These currencies have since taken off in a meteoric, albeit volatile and mercurial trajectory (as is expected in any large scale human enterprise with competing interests and goals).

The purpose of this article is to illustrate how the use of two of these technologies viz. Distributed Ledgers and Smart Contract based Tokens (aka Smart Tokens) can also transform the lending industry with downstream benefits of creating a whole new financial infrastructure, almost by accident.

And this has nothing to do with creating new cryptocurrencies or technically even blockchains (though blockchains are the preferred approach due to the recent explosion of innovation in this area resulting in a vibrant ecosystem of talent and tooling).

Using Distributed Ledger and Smart Tokens, we at CASHe (a leading app based alternative lending platform based out of India) have built a financial platform that starts out simply as an improvement on the existing “closed” cloud based database platform, and later builds up into a fully “open” financial infrastructure ecosystem.

How did we do this?

First, by introducing a private permissioned Distributed Ledger as a data store for our lending transactions, we have instantly created a system that theoretically enables trust between the lender and borrower. However, since it is a private permissioned ledger, it can be argued that trust has not really been achieved as the lender controls the ledger (via its distributed but private nodes) and thereby, its contents. Fair enough.

Now, consider what happens when the nodes are extended out, while still remaining private and permissioned, to ecosystem players like Central Bank Regulators and Credit Bureaus. This, of course, entails a governance model to allow the lender to co-own the Distributed Ledger network along with the other stakeholders. Once this is done, we have now achieved trust (provided, of course, that the stakeholders don’t collude to tamper with the data on the ledger, which is unlikely in any non-failed nation).

Thus, by simply putting all our lending transaction records on a Distributed Ledger, we are able to open it up to a consortium of stakeholders and thereby improve trust in the overall lending system. Again, as described earlier, we chose Blockchain for our Distributed Ledger (as opposed to other “blockless” technologies) only to ride on the frenzy of innovation that is creating a mature toolset for Blockchain based Distributed Ledgers.

The next idea was to use Smart Contracts to create an extrinsic Digital Token that effectively tokenized the borrowed amount. These tokens were minted at the point of, and in lieu of, the loan amount being disbursed. The loan amount was kept in escrow to ensure it did not get reused for another loan. (This brings up the whole topic of cash reserve ratios in a lending context, but that’s a topic for a different discussion)

These tokens could be cashed out at any time, at which point the tokens were burned and the actual fiat loan amount that was held in escrow was transferred through the normal banking channels to the person cashing out the tokens.

The last feature that was added was the ability to send tokens from one user to another, very much in the manner that cryptocurrencies are transferred between transacting parties.

This combination of tokenization of the fiat currency and allowing the tokens to be sent to other recipients who in turn could send it to still others; and any token holder at any point being able to cash the tokens, effectively burning it, automatically creates a Digital Wallet and Payment Processing infrastructure, almost by accident!

Hence, by simply using private permissioned Distributed Ledgers and opening it up to an ecosystem of stakeholders and additionally by using Smart Tokens to tokenize and de-tokenize the fiat currency and allowing its free movement between users, CASHe was able to create a whole new Lending, Wallet and Payment Infrastructure, all in one shot.

And this is just the beginning.

The transformative potential of these technologies and the power of human ingenuity to innovate, makes the new future inevitable, and the present, the most interesting times to live in.